I would describe myself as an energetic outgoing  positive individual who loves life & lives it to the full but back in March all of that came to an end abruptly by no fault of my own or desire.  On Friday 13th March along with fellow Lambeth Lib Dems we enjoyed a fun evening of wining, dining & dancing until the early hours after being told by the Government we should be careful but we needed to get out & create herd immunity. 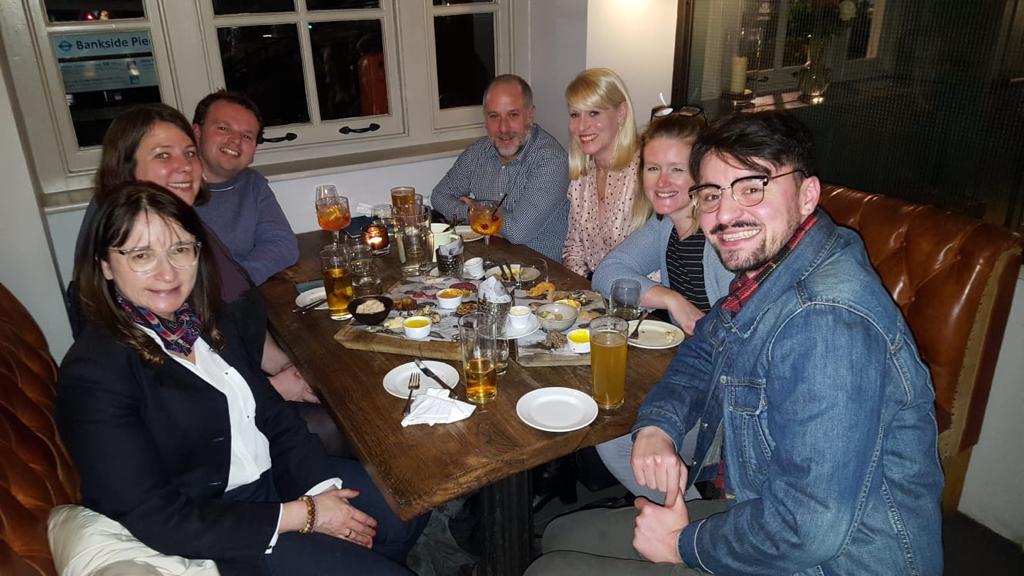 The next day I received a call from my father, in Tenerife, where he reported that the island was being shut down. A friend who works in the NHS called that same day and begged me to stay at home until further  notice. They called because back in 2014 & after much illness I was diagnosed with an aggressive multi systemic autoimmune disease which primarily affects my nervous & respiratory system. I  therefore have spent many years on toxic immunosuppressants. I am one of the 2.2 million who were told to shield.

It has been and remains a serious strain for those of us shielding, but it has been made worse by Westminster's sometimes inexplicable and cruel actions. Lambeth Borough also has made a questionable decision forcing our care staff to pay for parking which affects the most vulnerable & those who can ill afford extra costs, we must stop this urgently.

There seems to be a misperception that the ‘shielded 2.2 million elderly or frail & somewhere between a drain on society and a group to protect. However most ‘shielders’ are under the age of 70 & includes children/babies & therefore their parents too.

There were  also a large amount of family members shielding alongside their loved ones helping to protect them, however family members were not advised by the Government to shield but it is near impossible to follow the advice to keep safe & socially distanced. I was very  lucky but even with the luxury of a comfortable home and a garden it has been an extremely difficult time.

There are also those less fortunate who have been completely on their  own & in many cases ‘shielders’ feeling trapped in their  homes having no outside space to escape to and unlike many European countries we were not given the luxury of a 1 hour window by the Government for exercise despite numerous requests, this means many of us were trapped at home & indoors for over 140  days.

Many ‘shielders’ like myself have invisible illnesses & don't look unwell & due to modern day science & medications have lead active lives up until now. The fear of Covid 19 to all of us in this group cannot be underestimated & being mostly left to our own devices has caused a lot stress for most. Shielding has been mentioned frequently on the news but the difficulty of our situation most certainly doesn’t come across or the isolation felt & disconnect from society.

(for any Mental health support please see Kathryn’s Blog, May 2020)

My story is just one of many from the 2.2 million and I have asked 3 very different ‘shielders’ to share their stories:

I know infection control inside out from work. We ‘gel in and gel out’ of the kitchen, enter through the back door and wash and change if anyone has been out, and I live mainly in one room that I have converted to a bedroom. During lockdown I had the freedom of the whole house, I felt safe. Now it is relaxed, I do not. I cannot hug anyone, eat dinner with my family, regain any of my roles in the household, and that is before considering the self care it takes to recover any strength and keep my medical appointments, prescriptions and so on rolling.

But it is very important that my children can return as soon as possible to their lives and begin to accept the new normal, because their psychological well being is essential. Anxiety, social withdrawal, lack of movement, lack of school, was affecting them all. My eldest is returning to health care work, she must for herself, and anyway has no choice. Their anxiety, despite my reassurances, is accentuated by their concern for me, and the risk of infecting me.

Any risk of covid is too much for me to accept. I have to get well and keep well, if I can, for my family as well as for myself, and I was so excited at the thought of normality after all this time. In January I imagined actually going out like a normal person, going to the supermarket, walking my dog, going to the pub with my husband, going on holiday with my family, giving back to friends so much of what they gave me, and hopefully one day retraining to return to work. Ironically, now, it is my family who will put me most at risk at home, and if I limit their freedom (against guidance), I risk damaging their own recovery from these difficult times.

I thought I could cope psychologically with living a restricted life at home. I was wrong,. The pressure and anxiety was testing me too much, stress is itself a trigger factor my auto-immune disease. My mother’s house was empty, and so, for now, I moved out.

Like many, I received the letter, the NHS phone call and then more letters from my hospital and GP about shielding. It was a strange few weeks and I didn't feel any more unsafe than I had before, but the advice to shield seemed logical, so we decided to follow it. Twelve weeks on, as that original letter set out, I have not been inside another building, or more than a few hundred metres from home. It has been strange, but I have coped, if just because it could be a lot worse. I could have the virus. I could have lost my job. I could live in an area without a supportive community network that offered help to those of us shut away in our apartments or houses. I have found it easier to be stoic for these reasons. But I will look forward to August and hope that the end of shielding will happen, not just for my partner and I, but for everyone shut away, whether they are coping or not.

Not everyone will be looking forward to returning to work when the government guidance says they can, not everyone will be assured by the government's mixed messages on safety. Vulnerable people will still be vulnerable and, importantly, feel vulnerable and as an employment solicitor I understand just how hard a decision it can be to refuse to return to work when one feels at risk and is at risk. My employer is sympathetic to my situation but not all will be and the government must take this into account when pushing the economy to reopen.

My carer comes every day of the year to help get me up, showered and dressed, ready for the day. First, she has to find somewhere to park. Then she dismantles my overnight feeding system, makes my bed, and a little breakfast.  For the last few months under lockdown, she’s also dealt with the rubbish and swept and mopped the kitchen floor.  All this is done with a heart-warming smile and a willingness which always makes me feel better. Yet she has to hurry. When ten o’clock comes, here in Thornton ward she is in danger of being penalised if she does not pay a parking charge. Over the border, she would not have to worry about this because they exempt home carers from parking charges. She will already have been to two, and occasionally three, other elderly women living on their own, starting at 6.30 am. She has to help them out of bed, take them to the toilet or commode – not always a quick activity  - wash and dress them, give them breakfast and make them comfortable – and all before the parking charge starts – in some areas at 8.30 am. And did I mention doing their shopping? Her best friend, another home carer, working in Brixton has just got a parking ticket because her luck ran out. All the home carers have to take a chance in Lambeth that they won’t get a parking ticket. And yet Lambeth has more elderly single people needing home care than almost all other London boroughs. Home carers have identity cards, so giving them parking charge exemptions, which district nurses and doctors have, should be no problem.

On hearing Marjorie's plight I was horrified to hear about her carer’s situation & after a bit of investigation found out she was indeed quite right & neighbouring boroughs indeed do not charge carers ( carers just have to pop their IV/ID onto their dashboards )  while Lambeth, carers are expected to pay or use a residents/visitors permit at a cost of £5.48 per voucher, residents are only allowed 50 per year! Our neighbouring boroughs of Greenwich  and Wandsworth do not seem to charge carers, so why does Lambeth make it harder?

This appears to be adding insult to injury to some of the most vulnerable people in our society and we will be pursuing this issue urgently with Lambeth.

The End In Sight?

Monday July 6th was the day we no longer needed to observe social distancing with other members of our households, we were finally able to meet in a group of up to 6 people outdoors & those who have been totally on their own could form a support bubble without socially distancing! This was all fantastic news but the caveat began on the 1st August. On that day the advice to shield was  paused but we were advised to to adopt strict social distancing. The fear comes for many because from that day employers have expected  ‘shielders’ to return to work but for some this will be too much & for others just completely impossible because of the nature of their work. This fear has proven true.

I was so pleased to see immediately after this announcement Munira Wilson MP responded by saying; “Vulnerable people who cannot return to work must get sick pay.” The Pandemic has shown that politicians in Westminster and the national media do not understand our country's sick pay rules. Statutory Sick Pay is only £95 per week and is only payable to those who earn £120 or more, so many miss out. Many very small employers struggle to pay even this small amount, as they usually receive no government help, outside of limited Pandemic situations. To both quickly remove the sick pay entitlement for shielders, whilst refusing to support small employers puts many in a terrible situation where they feel they have no choice. This is not ok.

Shielding is not going to go away as an issue whilst the Pandemic remains. Those who were vulnerable, remain vulnerable and with the country entering what appears to be a cycle of local lockdowns we must do more to help shielders both at home and returning to normal activity, like work or socialising. We help by trying to sort out Lambeth Council's carer parking problem.