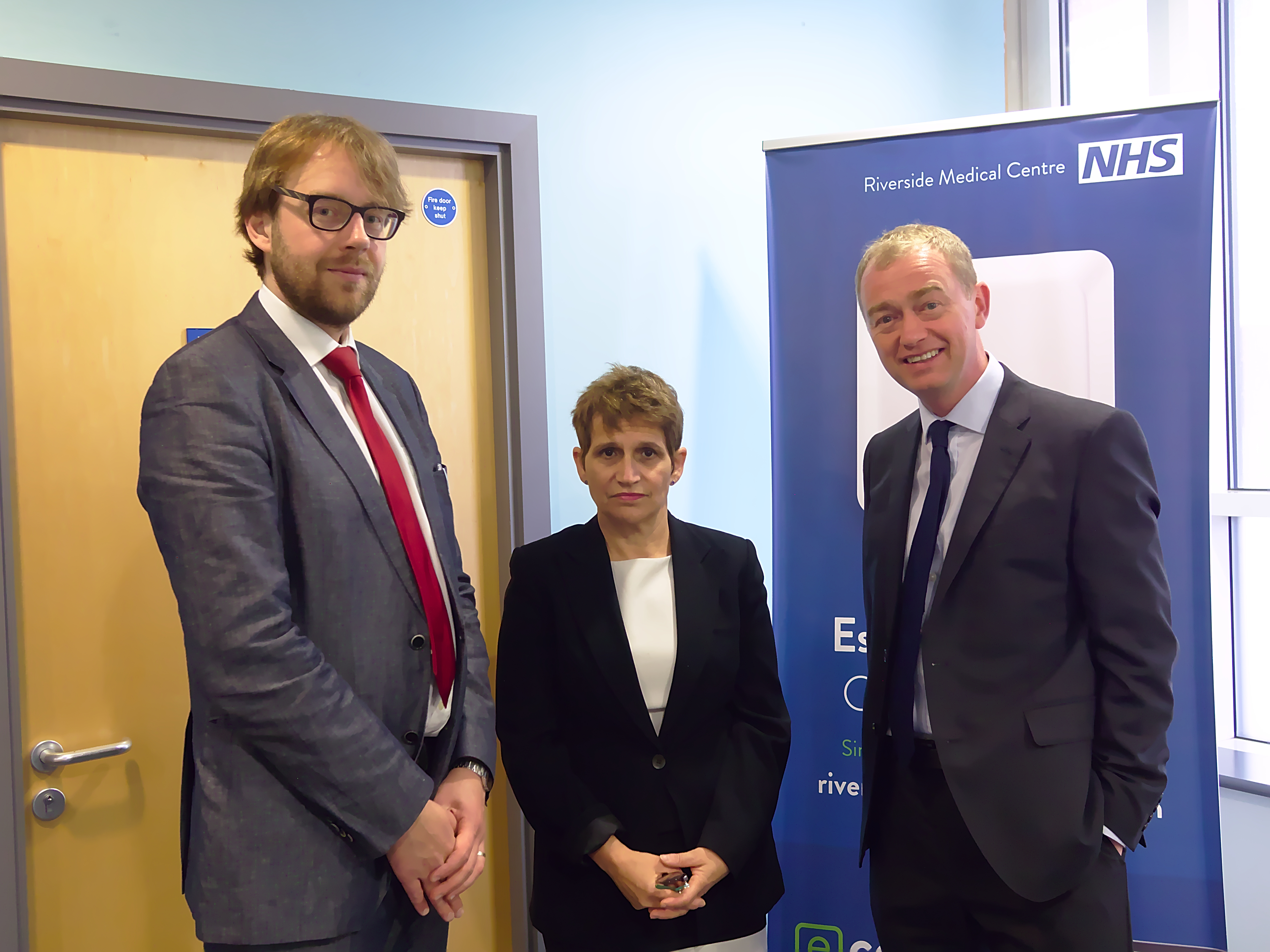 Recognising the crisis in funding for the NHS and social care, the Lib Dems are promising an extra £6billion a year for these vital services.

The additional money would be raised by an immediate 1p rise on all rates of income tax.

George joined Tim, Lib Dem health spokesman Norman Lamb and Dr Clare Gerada, ex-chair of the Royal College of GPs (pictured above), at Vauxhall’s Riverside Medical Centre for the launch of the party’s flagship spending commitment and its first major policy announcement for the election. The Liberal Democrat manifesto will also set out a ‘five-point recovery plan’ for NHS and social care services.

At least 70% of Brits would happily pay an extra 1p in every pound if that money was guaranteed to go to the NHS, an ITV poll found last October.

Under the Lib Dem plan, the money raised will be ring-fenced to be spent only on the NHS and social care. This will give vital services the money they desperately need until a longer-term solution can be found.

Norman, a former health minister (pictured below with George), said: “The NHS was once the envy of the world and this pledge is the first step in restoring it to where it should be.

“A penny in the pound to save the NHS is money well spent in our view.

“But simply providing more money on its own is not enough and that’s why this is just the first step in our plan to protect health and care services in the long-term."

George said: "The NHS is in crisis. Right now in London we are seeing patients lying on trolleys in hospital corridors, urgent operations being cancelled and the elderly being denied the care they need.

"A penny in the pound would allow us to invest in improving local NHS services and ensuring the elderly receive the care they deserve.

"The Liberal Democrats are the only party with the courage to be honest with the public and put forward a plan to make sure our NHS is given the resources it needs."