Bishops Ward Lib Dem candidates are calling on the Mayor of London to take urgent action and reverse his decision to cut the RV1 bus service by half.

Along with our colleagues in Southwark Lib Dems, the Bishops Ward team of Audrey Eager, Charley Halsted and Adrian Hyyrylainen-Trett have written to Transport for London to demand the plans are immediately halted so residents can have their say.

The RV1 bus is a vital service for local residents in Lambeth. That’s why we are calling on the Mayor of London to reverse his decision to cut half the RV1 buses. It is simply unacceptable for the Mayor (who claims to be the champion of our buses) to halve this service without even asking anyone. 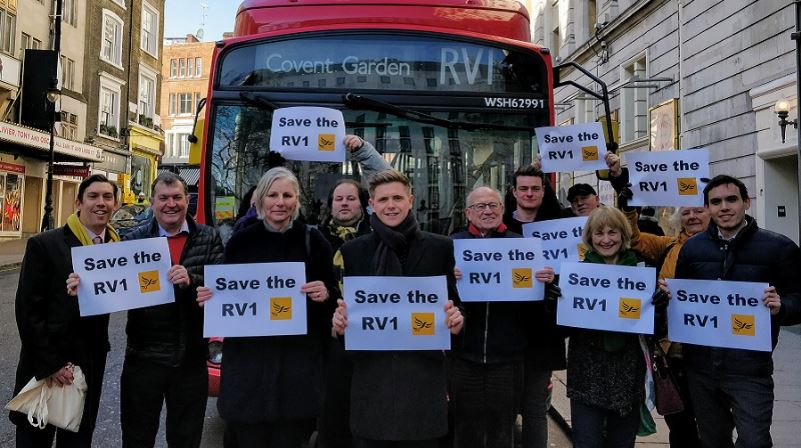 The RV1 is an essential service and popular bus with local people (particularly those with limited mobility). It’s also incredibly well used by office workers, commuters and tourists. It is the only bus connecting Covent Garden, London Eye, South Bank, Tate Modern, the Globe, Borough Market, Tower Bridge and the Tower of London.

Air pollution is major problem in South London so it’s absurd for the Mayor to cut the RV1 which is one of the few zero emission buses in London.

Sign our petition here demanding that the cuts are stopped and residents are consulted on the Mayor’s plans.