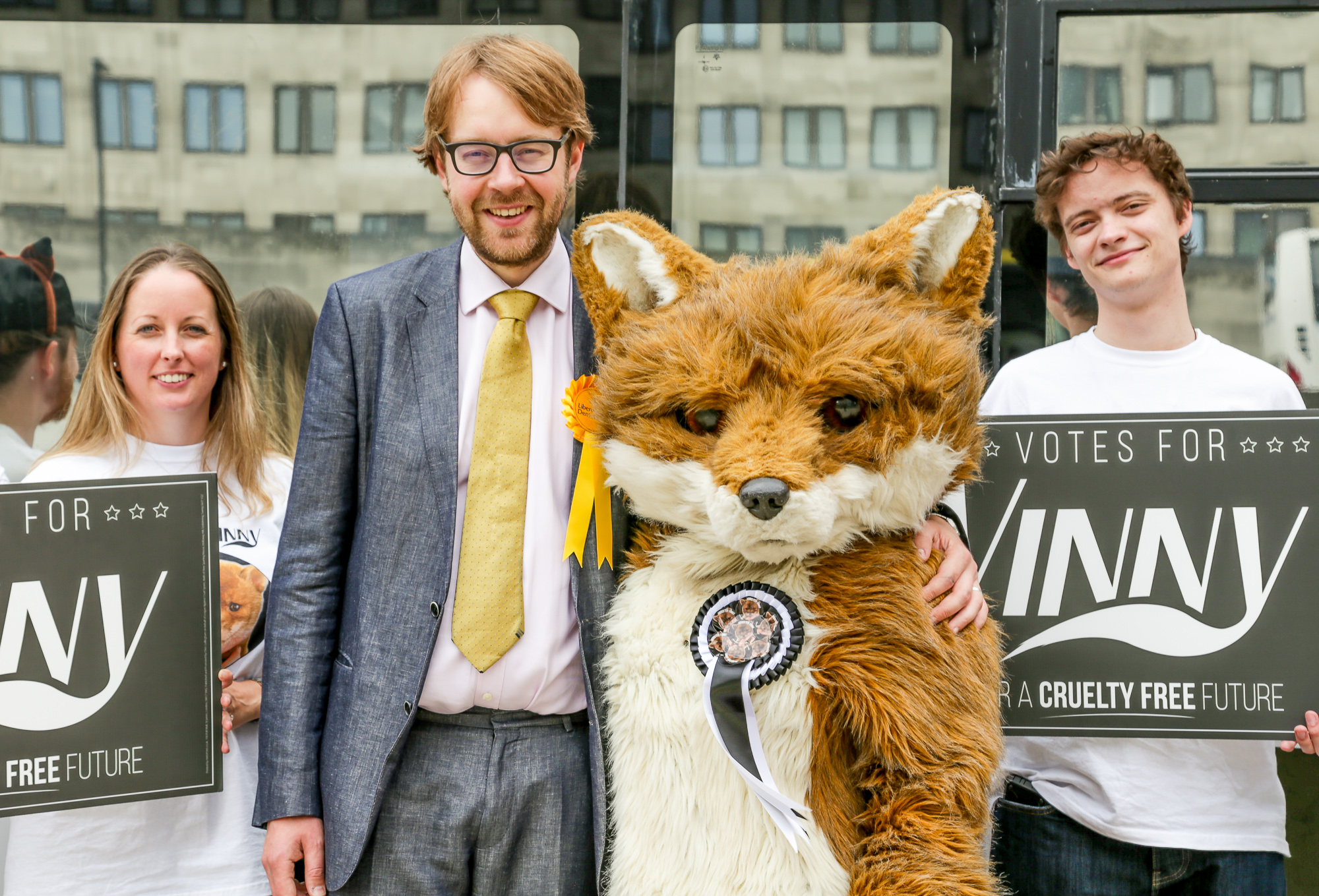 Liberal Democrat George Turner pledged his backing for a cruelty free future as the Tories consider bidding to repeal the hunting ban.

The Lib Dem candidate for Vauxhall showed his support for the League Against Cruel Sports' initiative as he attended the launch of Vinny the fox cub's battle bus tour.

George said: "The re-introduction of Fox Hunting, a cruel and barbaric blood sport, is the last thing our government should be pursuing. It is completely beyond me why our MP Kate Hoey should spend her time campaigning on this issue. It is simply not a priority for Lambeth people."

Standing on a pro-EU platform, George is mounting a genuine challenge to the constituency's longstanding Labour MP Kate Hoey, an ardent Leave campaigner and committed hunter who consistently voted against the introduction of the hunting ban and has continued to campaign for its repeal.

Eduardo Goncalves, Chief Executive of the League Against Cruel Sports which is supporting Vinny’s campaign, said: “Britain is meant to be a nation of animal lovers but right now a lot of animals are feeling unloved. There are moves to legalise the hunting of foxes, deer and hares, over ten years after the nation recognised that it is nothing but a cruel sport. Dog fighting is happening right here on our streets; and those people who inflict cruelty on animals get barely a slap on the wrist.

Full details can be found at www.VotesforVinny.org.uk