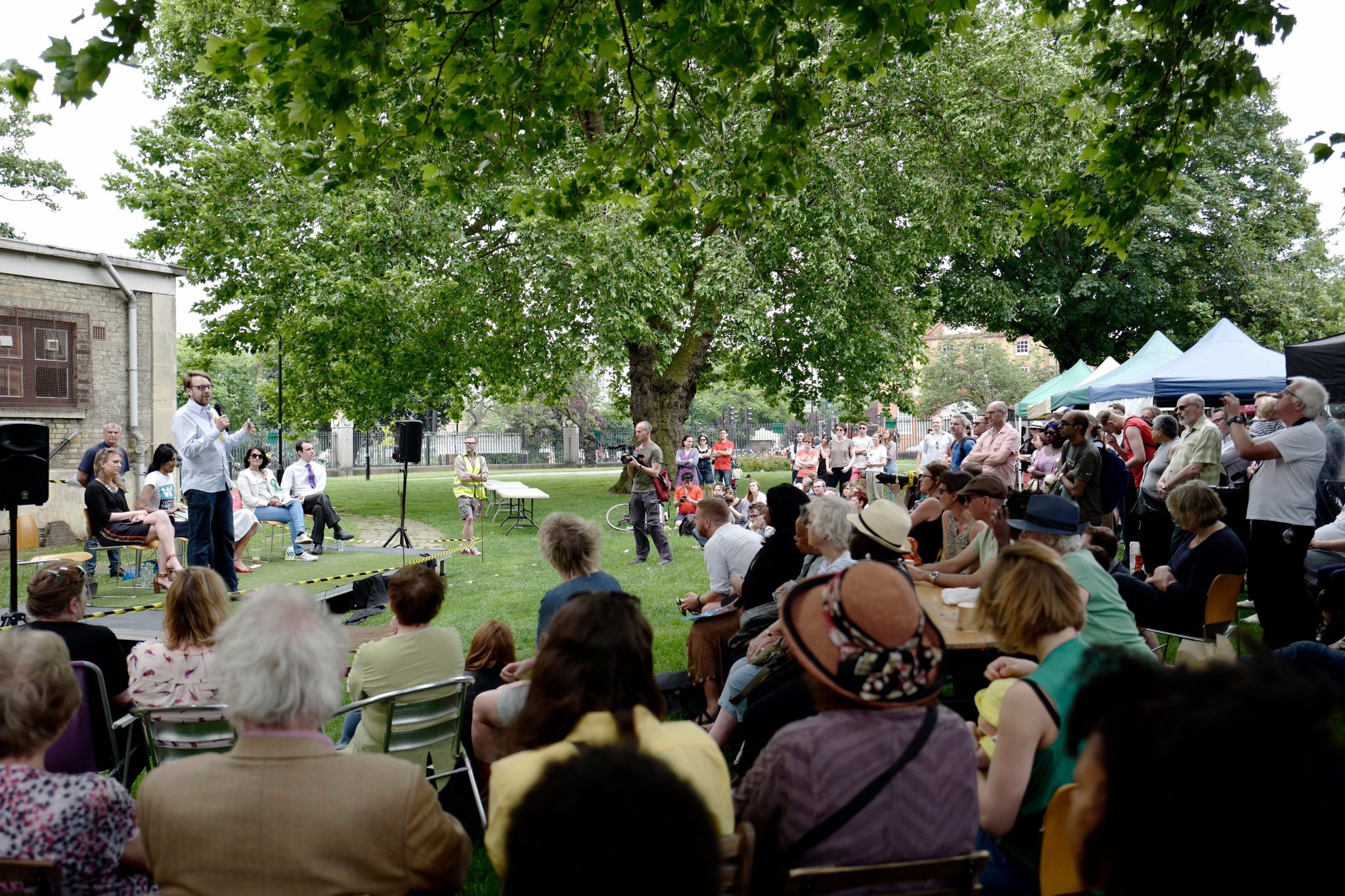 The Liberal Democrat candidate for Vauxhall told the audience of around 250 people that the next Parliament will be about Brexit and that Vauxhall needs a responsible voice to represent its views.

Vauxhall voted overwhelmingly to remain in the EU at the Referendum.

“This election in Vauxhall is a choice between me or someone who campaigned alongside Farage,” he said.

In the last few days, George Turner’s campaign has been backed by More United, the campaign group set up in the wake of Jo Cox's murder; Best for Britain, Gina Miller's tactical voting campaign organisation and InFacts, a pro-Europe campaigning website.

George told the hustings that Britain’s potential divorce from the EU was already hurting ordinary people, with food prices rising. He said Brexit was not irreversible and that for Vauxhall constituents, the election was not about a choice between Jeremy Corbyn and Theresa May, but about electing a local MP who would stand up for their local interests. 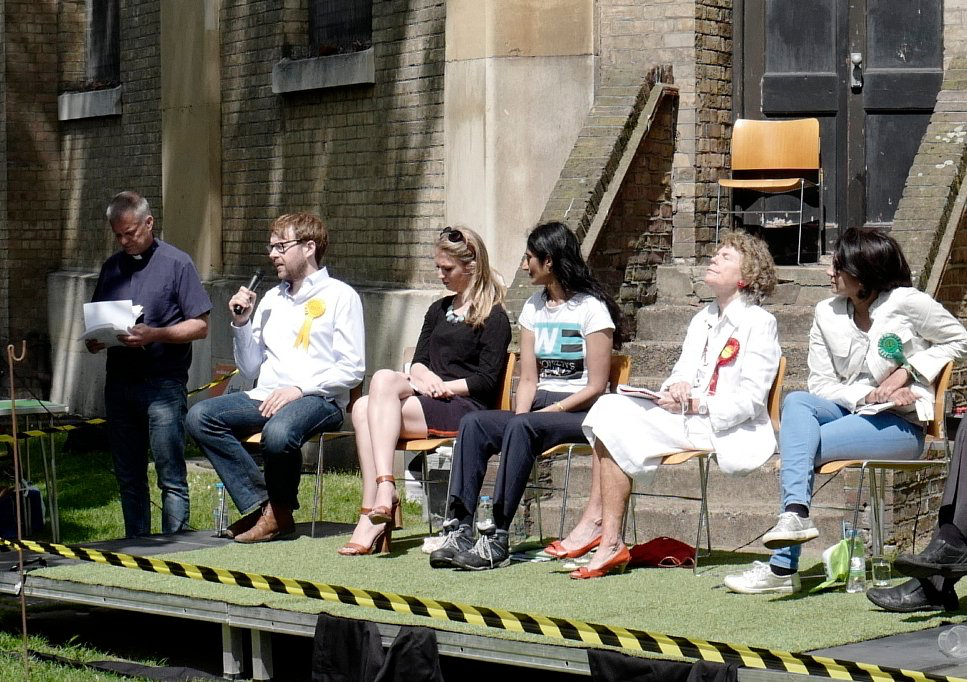 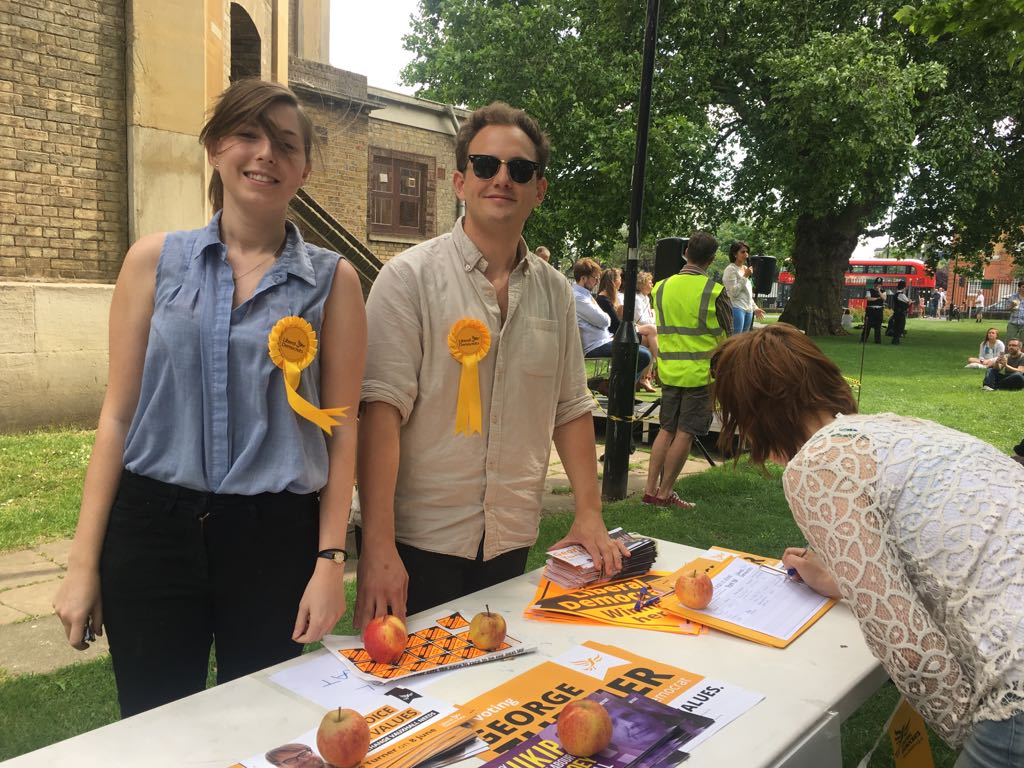 Volunteers campaigning for George at his stand at the Farmers' Market

Five of the six candidates also shared a stage on Thursday for hustings at the Oasis Community Centre organised by the Kennington Park Residents Association, with Conservative candidate Ms Theis the only one to decline the invitation to answer voters’ questions.