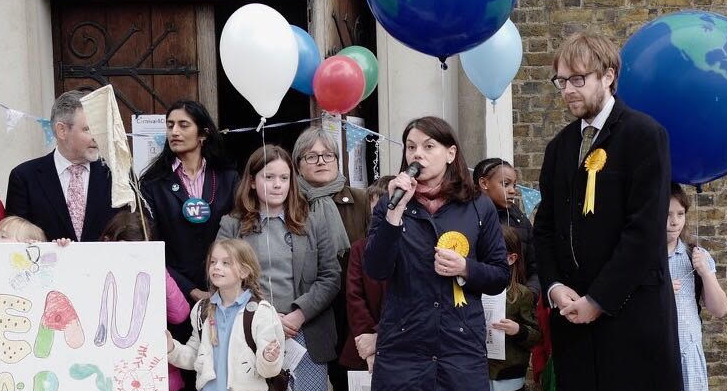 George Turner today signed the Clean Air Pledge - a promise to take action on air pollution in the first 100 days of being elected.

Lib Dem leader Tim Farron has also agreed to sign after receiving a letter from 14 children, aged six to 13, from Lambeth schools calling for any new government to make a Clean Air Act a priority. 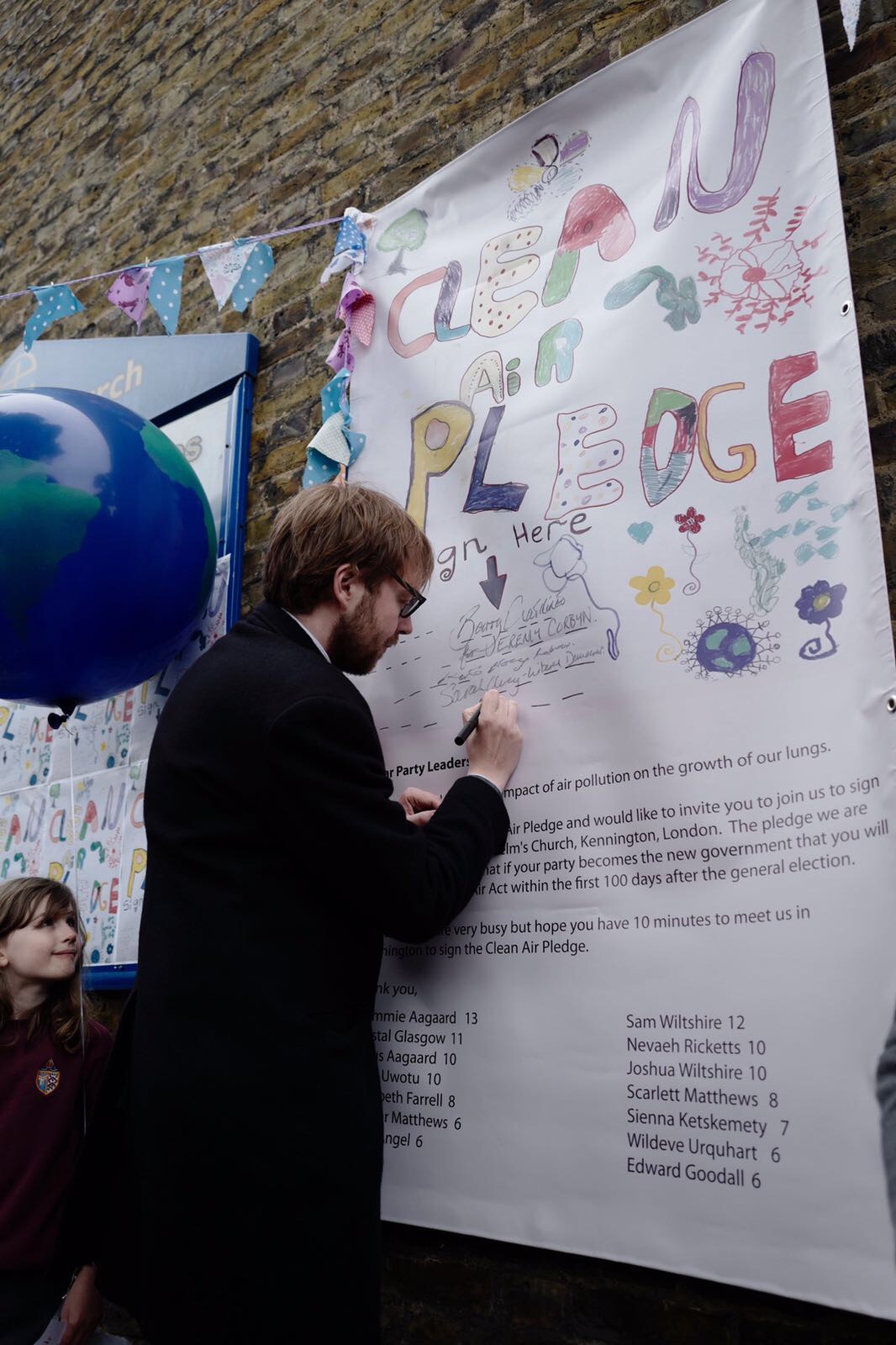 Tim was represented by George and fellow Lib Dem candidate Sarah Olney at a Carnival 4 Clean Air at Kennington Cross as the first signatures were put to the giant contract drawn up by pupils. Sarah is campaigning to repeat last year's brilliant by-election win in Richmond at next month's general election.

Lambeth contains some of Britain's most polluted neighbourhoods. Brixton Road broke the legal limit for the year just five days into 2017.

The problem is so bad schools in Lambeth are giving advice to parents on about using face masks to protect children and adults from the worst effects.

Holding the event at Kennington Cross, on the edge of the congestion zone, highlighted the high traffic levels in the area, with around 45,000 vehicles using Kennington Lane every day.

The children wrote to all party leaders to say they were worried about the impact of pollution on the growth of their lungs and asking them to sign their pledge. The Conservatives have so far not agreed to back it.