It's Time to Talk: Pizza, Politics... ...and Mental Health 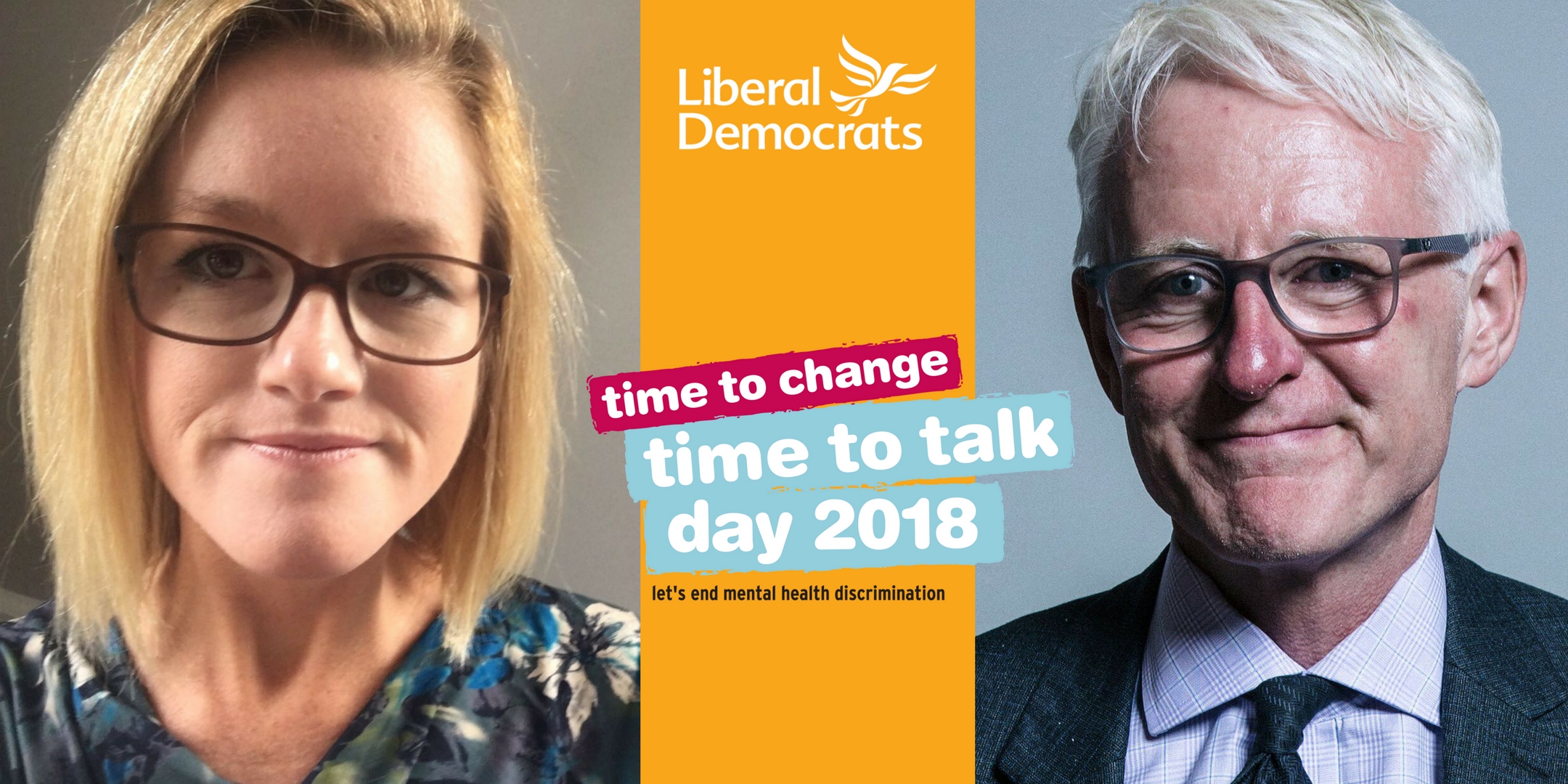 Lambeth Liberal Democrats are delighted to invite you to an evening of wood-fired pizza, local politics, and talking about mental health.

Our special guest on the night will be Norman Lamb MP, the former health minister who continues to drive the national agenda on mental health. Norman will be joined in conversation with Kathryn Grant: a Lib Dem candidate in the May 2018 local elections, who is also a mental health service user, campaigner, and educator.

Join us as we discuss health and social care policies from both a national and a local perspective. The first step towards improving services and outcomes for mental health service users is talking about our own mental health, and raising awareness and understanding of mental health conditions in our communities. Decisions made by local and national policy makers can have a real impact (both positive and negative) on our mental health and well-being. If we don’t talk about it, nothing will change.

With Time To Talk Day 2018 fast approaching, this is an ideal opportunity to share your own experiences and listen to others. This event is FREE and OPEN TO ALL. We will be collecting donations on the night for Cocoon Family Support, a local charity which provides peer support and other services to families struggling with Perinatal mental illness.

Please make sure to RSVP on EventBrite to book your place.

Norman Lamb has been the Liberal Democrat MP for North Norfolk since 2001. After serving as a minister in the Department for Business, Innovation and Skills, he was appointed Minister of State for Care and Support at the Department of Health in September 2012 and served in this position until the end of the Coalition Government in May 2015. As Health Minister, Norman worked to reform the care system and led the drive to integrate health and social care, with a greater focus on preventing ill health. He also challenged the NHS to ensure that mental health was treated with the same priority as physical health, including the introduction of access and waiting standards in mental health for the first time. He was the Liberal Democrat Health spokesperson between 2015 and 2017, and was elected Chair of the Science & Technology Select Committee in July 2017.

Kathryn is a former economist who now works as a freelance Mental Health First Aid instructor, and public speaker. Kathryn often speaks about her own psychosis, and bipolar disorder. She is a powerful “lived experience” voice: a Governor of South London and the Maudsley NHS Foundation Trust; a member of the pan-London clinical network for Perinatal mental health; a patient representative for the Royal College of Psychiatrists; and a media volunteer for charities such as Mind. More recently, Kathryn has become active in the local Lib Dems, and is now standing as a candidate for Oval ward here in Lambeth. She hopes to use her campaign (and her position as councillor if successful!) to help protect and improve vital health services and local infrastructure.