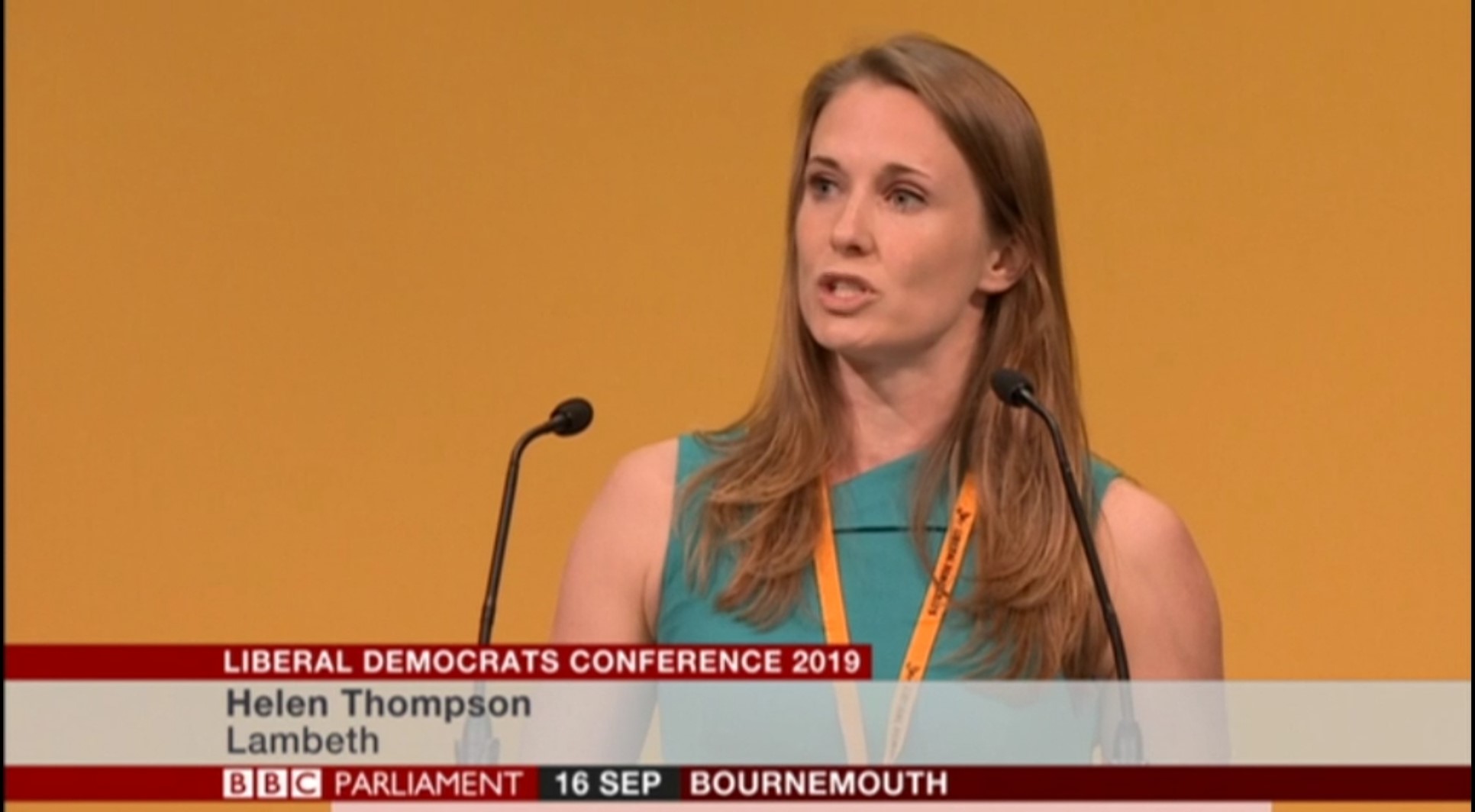 On August 19th this year, the sky went dark in the middle of the day. Going about their business at about 3 o’clock that day, people in Sao Paolo first thought a storm was brewing and braced themselves for heavy rain. But instead, the sky just got darker and darker.

This apocalyptic event turned the world’s attention to the infernos in Brazil’s Amazon rainforest. Fires were burning so intensely that smoke travelled 3,000kms to black out Sao Paolo’s sky. Over 76,000 fires were burning in the Amazon, an 80% increase on the same period last year.

A matter of urgency

Conference, Lambeth Borough Party submitted this emergency motion because we must deal with this issue as a matter of urgency. We have just debated our new LD policy on the climate emergency and how to reduce our emissions at home, but if we are really serious about addressing the climate emergency, we must encourage and incentivise other countries to take action also.

Forests are essential to the health of our planet. They pull carbon dioxide out of the air, helping to reduce climate change. They maintain the world’s water cycle. They harbour the world’s greatest biodiversity – over 70% of earth’s land animals and plants live in rainforests. Many of our medicines have their origins in the rainforest. And there is so much we still don’t know about our rainforests – there are potentially millions of plant and animal species we have not yet discovered and never will if they instead lost to deforestation.

Let there be no doubt, the Amazon fires are man-made. They are set by farmers and ranchers who want to clear the forest for agricultural use, particularly for cattle ranching and growing soy. And with Bolsonaro in charge, those responsible are unlikely to face any consequence for setting illegal fires. After taking office, Bolsonaro slashed the budget of Brazil’s environmental agency. The number of fines issued for setting fires has dropped dramatically. He weakened the agency in charge of supporting indigenous people, and has suggested their territory could be opened up for mining.

In the face of our outrage, Bolsonaro has tried to tell us that this - the biodiversity of our planet, our ability to curb climate change - is none of our business. He has refused to accept financial support to save the Amazon. He has tried to render us powerless as we watch the destruction of our planet’s most precious natural resources.

But we are not powerless. Many of the products that will be created on that deforested land are destined for EU markets. So we, together with our European allies, we have the power to say no, this is our business. We will not be a party to this destruction.

That is why today conference we are asking you to support this motion calling for immediate action to keep products associated with deforestation out of our markets.

Using our consumer and diplomatic power to curb illegal deforestation

Firstly we should refuse to ratify the EU-Mercosur agreement until the Brazilian Government has put in place effective measures to curb deforestation and protect forests and indigenous peoples. I’ve heard from our MEPs that they have received huge amounts of correspondence on exactly this topic over the summer. Bolsonaro’s actions undermine confidence that he would uphold the provisions for sustainable development that sit within the treaty, and it should not be ratified if those provisions are not guaranteed.

Although the Amazon is iconic and the 2019 fires have quickly become notorious, major forests in the Congo Basin and South East Asia are also under threat. In fact, Africa doubled its rate of deforestation in the last four years, and a recent study found that all primary rainforest in the Congo Basin could be gone by the year 2100.

In light of this, there are three further things we must do to ensure forests globally are protected.

We must legislate to ensure that no products associated with illegal or unsustainable deforestation from any country are brought to market in the EU.

In particular, recognising that the use of biofuels has contributed to deforestation and is not positively contributing to reducing climate change, we should end subsisides and support for biofuels based on crops.

We should work together with forest-rich developing countries to improve forest governance and law enforcement. This should include increasing development aid for the protection of forests worldwide, including providing support for alternative livelihoods for small farmers in places like the Congo Basin, where much of the deforestation is due to subsistence farming.

But while the EU is a major market, we also need to persuade other major consumers, such as China, to work with us to put in place global systems to regulate trade in products associated with illegal and unsustainable deforestation.

And as always there’s one more thing we must do to help stop deforestation and protect the planet’s forests – we must Stop Brexit.

Together with our European friends we have much greater political influence and much greater market power to stop incentivising the destruction of our forests, and instead encourage businesses and governments to protect them.

We now have our clear and unequivocal policy to revoke article 50 if we win a general election, please support this motion so we can use our position in the EU to save our rainforests.