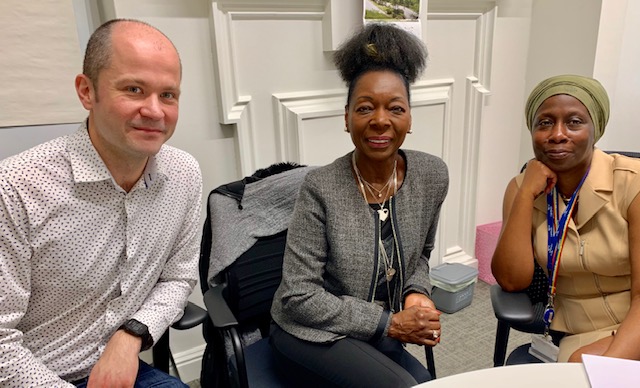 Baroness Benjamin recognised that the huge scale of central Government cuts have forced Lambeth Council to make some difficult decisions. She stressed the need for services to be sustainable and for good communication with parents and service users, and discussed options with Cllr Brathwaite for services to continue to be provided by schools and other organisations if council funding is reduced.

The local Lib Dem team will continue to work with Baroness Benjamin to hold the council to account and to advocate for children and young people.

The council are yet to finalise their plans for children’s centres – you can influence them by writing to your Councillor to support our calls for services to be protected, sustainable and for  any changes to be communicated effectively and with reassurance to parents and carers.