BrockwellStreets.org team and 1,540 Brockwell locals appealing for support of their pledge, which has three key elements:

Bryan Mahon, Kathy Erasmus and Doug Buist, pictured left to right, offered their hearty support, which you can read in full below. The three elements of the pledge are also provided in full below their letter. 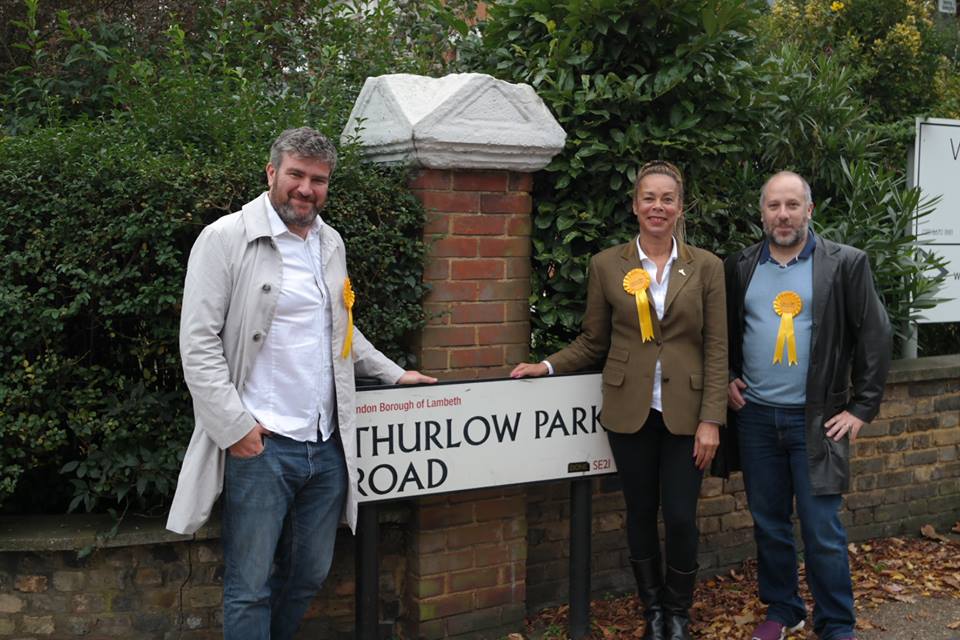 Dear BrockwellStreets team & all Pledge signatories,
Thank you for inviting us to respond to the BrockwellStreets Pledge. We are pleased to reply as the Liberal Democrat candidates in Thurlow Park with the support of the candidates in other wards and the Lambeth Liberal Democrats party. All three candidates – Doug, Kathy and Bryan – will be happy to personally sign the online petition/Pledge.
It is heartening to see this level of public engagement on such an important issue and we are immensely appreciative of your efforts to bring this opinion together.

Parks are a key part of our vision for a Liberal Lambeth.

A Liberal Lambeth will be a borough that is fair, open and values all its residents. There is a tendency to consider parks as not being a priority for funding, but we need to rethink our view of them as a community resource and value them more. That means guaranteed core funding. There is a wealth of research showing that parks have positive impacts on mental health and wellbeing; in an urban area such as Lambeth they can play a vital key role in delivering, or reducing the strain on, council services, as well as providing enjoyment and relaxation for residents. Brockwell Park shapes the communities around it, and we will campaign proactively for the park to remain open and accessible to all residents, unobstructed by private events, and for better maintenance of facilities such as the toilet blocks, sports facilities and the children’s playground. 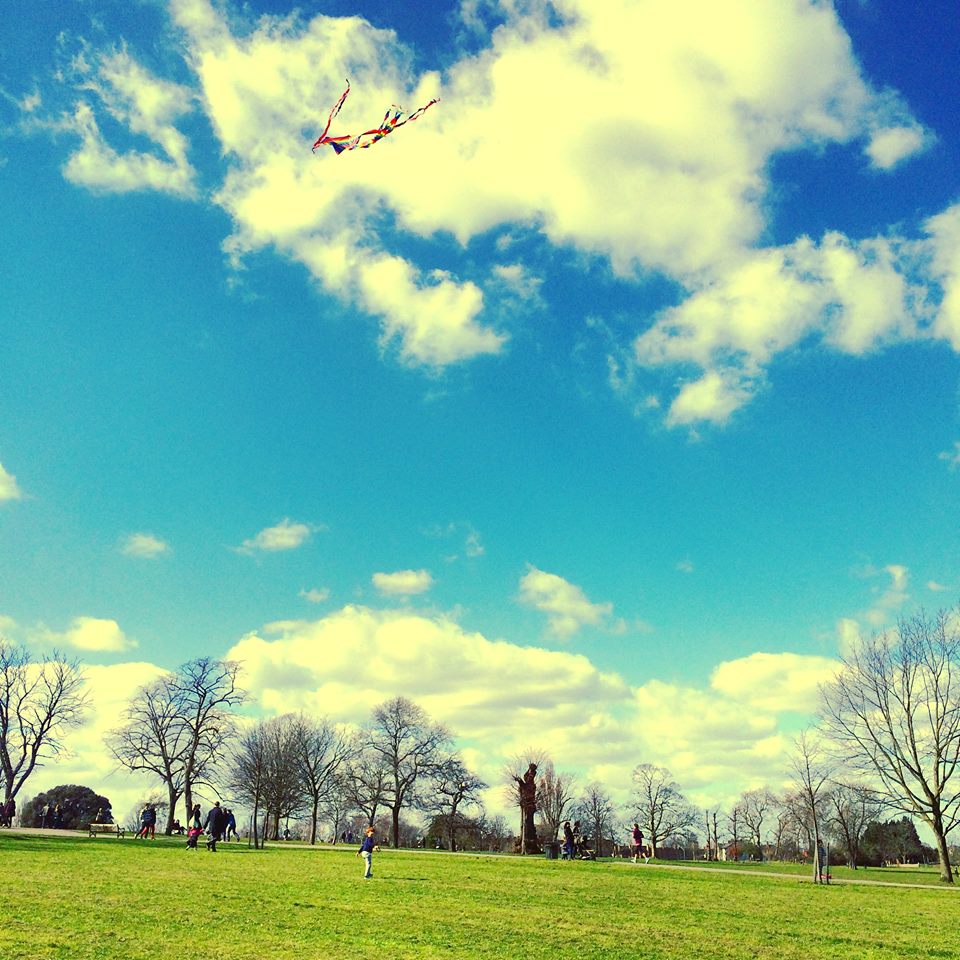 It lacks ambition, takes a very limited and narrow view of culture, does little to encourage participation and removes power away from local residents into the hands of private companies. It offers little in the way of interpretation of Lambeth’s cultural history and heritage, education outcomes or personal development.
The cultural policy needs rethinking. Lambeth needs to look at new and innovative models for its events programme, that prioritise local enjoyment and engagement, sustainability, and celebrating the locations and history of the borough. We would like to see a creative director recruited who would work with residents to co-create, produce and commission partners to develop events that have their roots in, and tell the stories of, the borough, encompassing a wide range of music genres, comedy, theatre, family events, and more in order to be as inclusive as possible for residents.

Lambeth Liberal Democrats call for there to be a moratorium for 2018 on new large scale event proposals or commercial initiatives in Brockwell Park and other green spaces in Lambeth where there is significant public concern about the impact of events.

This decision is being rushed through by Labour in order to accommodate both the commercial concerns of the promoters and short term financial considerations of Lambeth Labour. We have no doubt that the Field Day and LoveBox proposals as they stand are unsuitable for Brockwell Park, are likely to cause inconvenience and potential distress for many residents, lead to a rise in anti-social behaviour, and may be detrimental to local businesses. Both proposals for 2018 should be rejected, and we are writing to the promoters to tell them that in the event of Liberal Democrats being elected in May we will use all the influence we have to stop them and to cancel any contract that the current Labour council agrees to.

Lambeth Liberal Democrats would like to see a 12-week fully-resourced public consultation on the vision and detail of a revised cultural policy.

This should be facilitated and reported on by an agency with an exceptional professional reputation in delivering cultural policy. Residents need to have real agency in shaping the strategy and the impact that events will have on their communities.

It is unavoidable that Labour’s total control of Lambeth Council is at the core of the problem.

The only way to stop the repeating pattern of inadequate consultations, poor decisions and mismanagement that affects not just parks, but also housing, health and education provision, libraries, and the environment is by Labour facing opposition in the Council chamber. This change can only happen at the ballot box in May with the election of councilors from other parties who will offer new thinking and hold Labour to account.
We hope this provides clarity on our position and assurance that the Lambeth Liberal Democrats will be listening to the views of residents. We would be happy to answer any follow-up questions or to attend a public meeting to speak with other residents on these issues.
Best wishes, 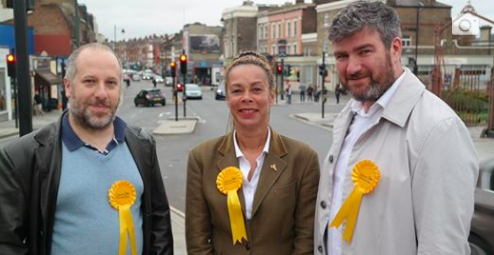 The three elements of the pledge compiled by BrockwellStreets.org

These events are not suitable for a park as small as Brockwell, nor one in such a densely populated area. Even the revised figures that have been mentioned are too large. The council stresses the financial gain, but fails to adequately allow for the monumental loss to culture, community and wellbeing that will befall locals barred from their own Park. Nor do the figures allow for the significant loss of business suffered by local shops when these types of events take place. No-readmission policies and an embargo on taking in anything but one sealed bottle of water undermine claims visitors will spend locally.

“We rely on people going to and from Brockwell for custom. If people are put off going to the Park for so much of the summer - because of fenced off festivals and feeling more like a building site than an open space - they won’t spend time or money here. Independent businesses like ours will suffer.”  Cas, The Parlour Cafe

The number of days and size of area occupied are big concerns. But the nature and reputation of these events is also an issue. There are online chatrooms dedicated to how to get drugs into Lovebox. Crime in Victoria Park rose by155% while it was on.

“Summers have become a misery for families. The huge increase in crime when these events are held shows the impact on people’s lives.” Cllr Joshua Peck, Tower Hamlets on Lovebox’s contract being cancelled

These events are a bad fit with our area and the risk to the fabric of the Park, the community and the economy is too great.

This crass policy takes no account of the varied sizes, typographies and locations of Lambeth’s parks, instead planning events on a one-size-fits-all basis. Brockwell, for example, is hilly with many trees, has no area where large fenced events can be hosted without cutting the Park in half, and entrances are all in residential areas. Regardless of the square footage (which isn’t that big) it is clearly unsuitable for fenced events of 20,000.

Plus, the policy includes no serious requirements for community involvement - whether that is locals not being fenced out, using local food and beverage suppliers, or giving a platform to local artists. There are no meaningful ecology or sustainability requirements. There are no limits on set-up time, meaning a 3 day event can apply to takeover the Park for more than 3 weeks.

No policy that allowed what has been proposed to even be considered is fit for purpose. It needs to be replaced with one that lays down site-specific caps on event capacity and sets a standard for how private companies wanting to make use of public resources should act.

3. A clear and funded process for consultation with residents on events

In this instance Lambeth have worked with the Brockwell Park Community Partners to informally field views from park users. The BPCPs were given no support, have no communications training or access to the skills needed to reach large numbers of people quickly.

Yet by having the BPCP as consultation partner, Lambeth obfuscated responsibility for publicising information themselves.
The decision to consult local residents via the BPCP was, effectively, a decision not to consult. Lambeth’s argument it was covered by the Culture 2020 consultation cuts no ice when you consider that in a couple of weeks a few volunteer locals have managed to get almost as many responses as the 2020 consultation took months to gather across the whole borough.

A formal process for consultation on individual large and major events in the Park needs to be drawn up as a matter of urgency. It needs to include letters sent to all adjacent residents, notices in the Park and a dedicated online hub for all documentation. This must happen at consideration not licensing stage. Lambeth must listen to the outcome.