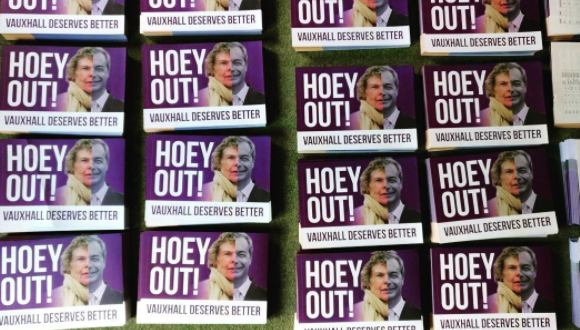 Vauxhall's sitting Labour MP Kate Hoey is top of a hitlist of Brexit-backing MPs being targeted by pro-EU campaign groups.

Open Britain, European Movement and Britain for Europe have listed the 20 MPs most at odds with their constituencies on Europe.

Ms Hoey campaigned for a Leave vote in last year's EU referendum alongside Nigel Farage - but 78.6% of Lambeth voted to Remain.

The leaflet highlights that Ms Hoey: