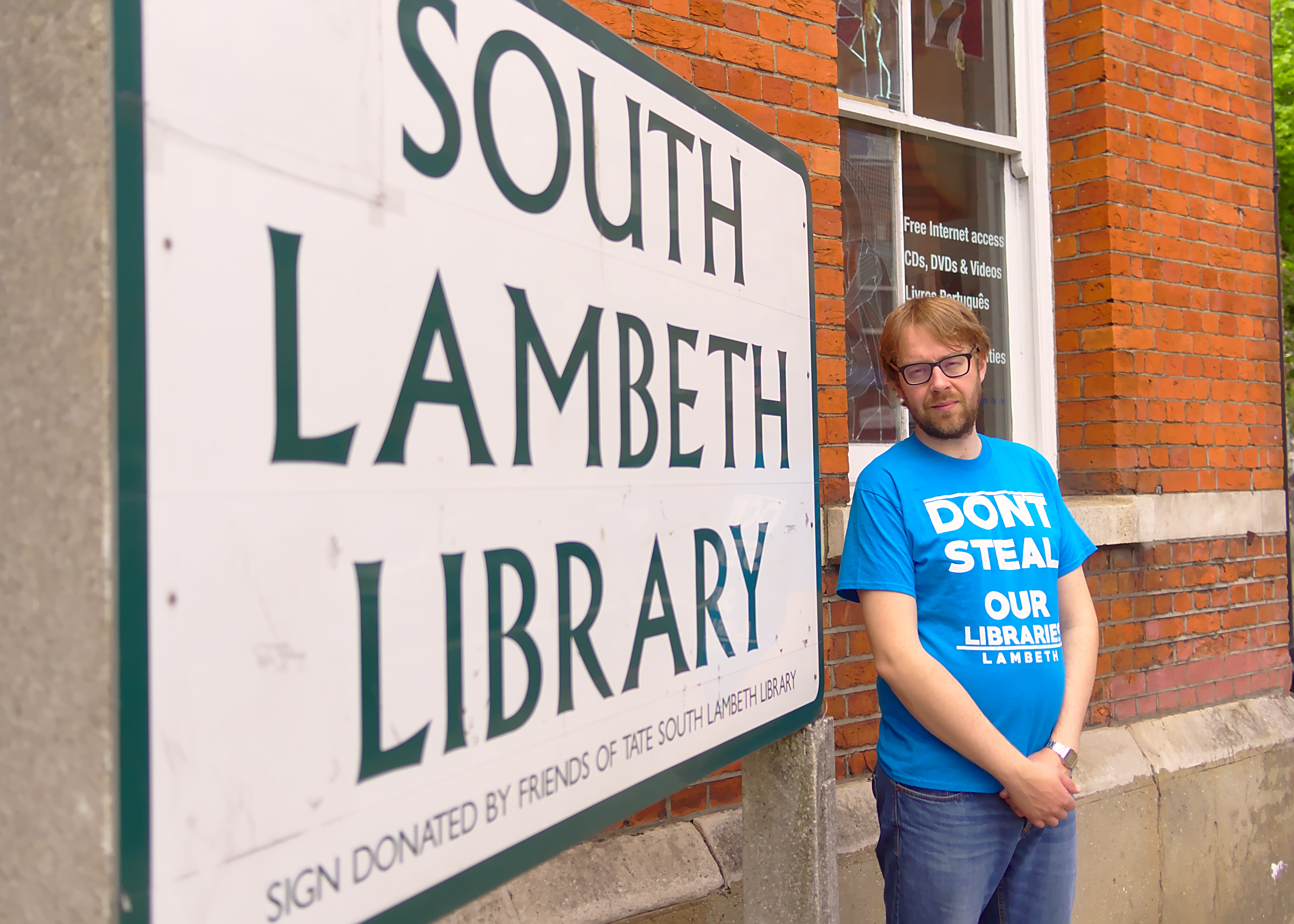 George Turner showed his support for Vauxhall residents opposing cuts to Lambeth libraries as he joined a campaign meeting.

The Defend the Ten campaign, along with Friends of Minet and Friends of Carnegie libraries, has been working for over a year to fight Labour-dominated Lambeth council’s cuts to libraries, and their incompetent plans to turn many of Lambeth’s libraries into private gyms.

A large group of local residents met at Longfield Hall, opposite the shuttered Minet Library, Knatchbull Road, to discuss opposition to the closures.

George, the Liberal Democrat candidate to become Vauxhall’s next MP at the general election, shared his experience of battling planning changes. George campaigned for a judicial review of the Shell Centre development, and advised the campaign which led to the successful blocking of Lambeth Council’s Garden Bridge development.

George has also signed the Defend the Ten campaign's letter to Lambeth council leader Lib Peck, calling for the libraries to be reopened.

Residents from across the political spectrum were united in fighting to oppose the closures.

Councillor Rachel Heywood, who was disciplined by her Labour colleagues, told how Lambeth Labour had barred candidates for local seats if they signed a petition opposing libraries cuts. Councillor Heywood is set to be prevented from standing again as a Labour councillor due to breaking with her party on the issue.

Private Eye reported this week on emails suggesting Lambeth council had effectively reached a deal with Greenwich Leisure Limited to sell off Carnegie library long before council members and the public were told or consulted.

An offer by residents and libraries staff to keep the libraries open and public was delayed and ignored while Lambeth continued to talk to GLL about selling off the public libraries.