It is with sorrow we hear that Shirley Williams has passed away and our condolences go out to her family and friends.

First as a MP, then as a member of the Lords she gave long service to us all, blazing the way for many with her fierce convictions. She also played a foundational role in the leadership of the SDP and later the Liberal Democrat Party, becoming our Leader in the Lords.

Edward Davey MP and Leader of Liberal Democrats had this to say:

"Political life will be poorer without her intellect, wisdom and generosity. Shirley had a limitless empathy only too rare in politics today; she connected with people, cared about their lives and saw politics as a crucial tool to change lives for the better." 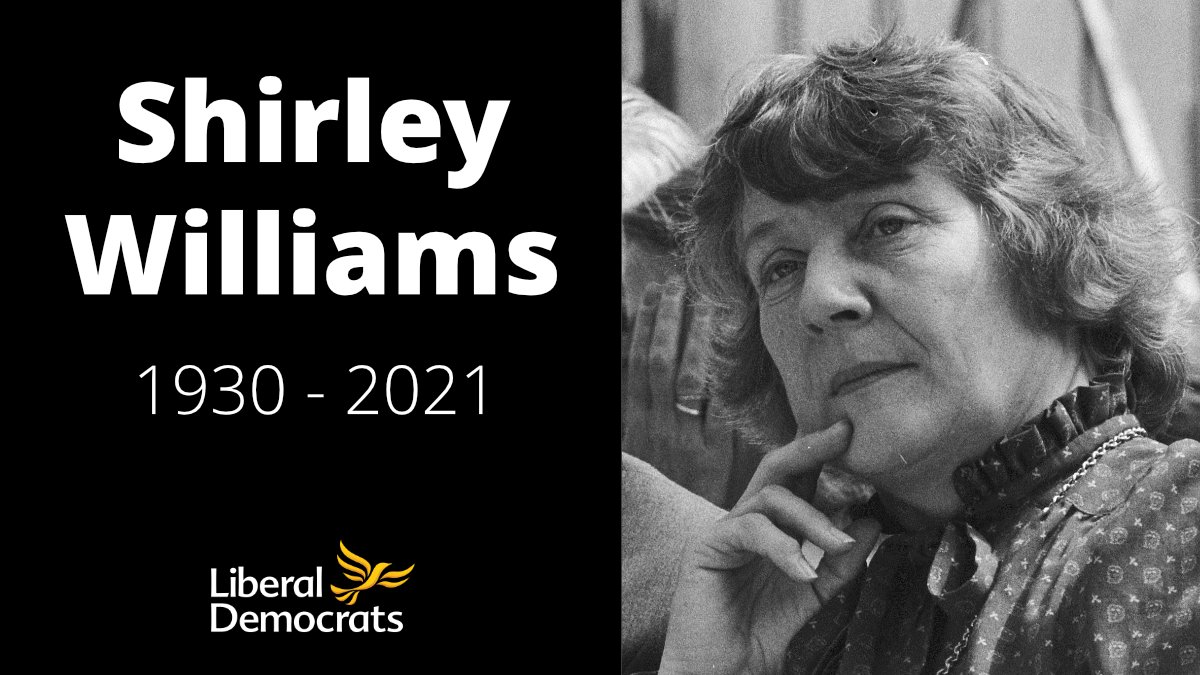