The committee finally recognised the issues which local residents have been screaming about ever since this idea was hatched.

There are concerns around anti-social behaviour in an area of social housing and the regulation of movement of coaches and taxis in the already overly congested Stamford Street and surrounding roads.

The decision to defer is to the credit of many groups, especially those local residents that spoke at the meeting, Samantha Young, Barry Hetherington and Hannah Quigley. 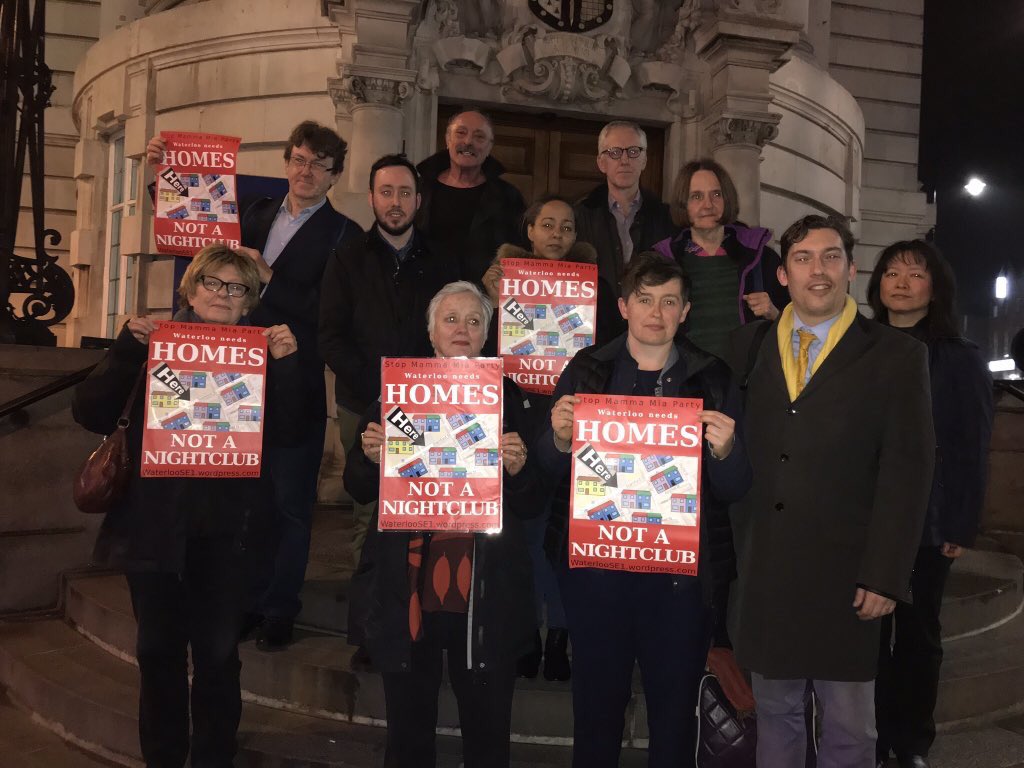 A full slate of 63 Liberal Democrats are standing to represent you on Lambeth Council in next month’s local elections.

London goes to the polls on May 3, with everybody in Lambeth voting for three candidates to represent their ward. 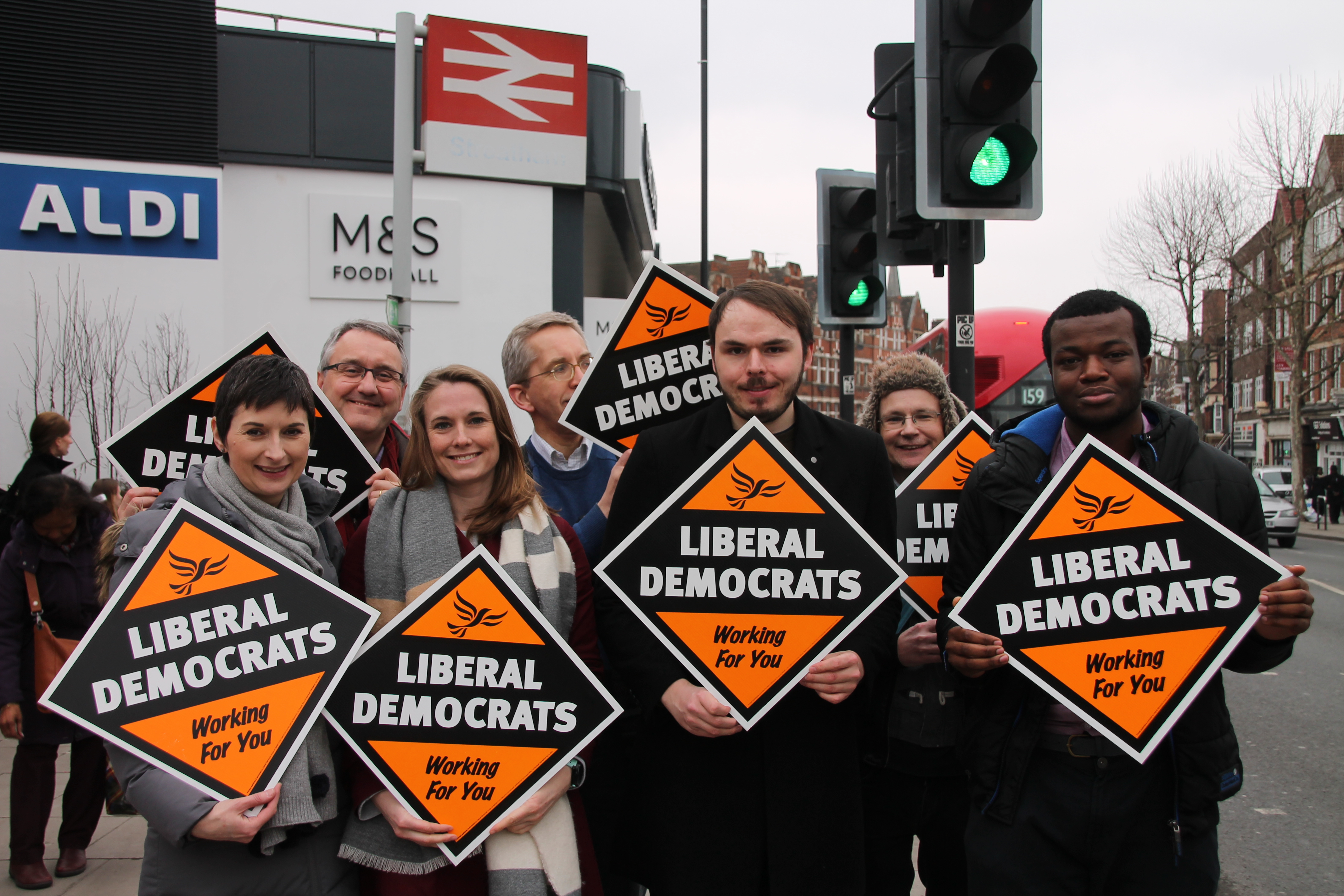 And wherever you live in the borough, you can cast all three votes for the Lib Dems, as we put forward three candidates in every ward.

Liberal Democrat supporters, those who want to send a clear message on Brexit to the national parties and those who have had enough of Labour Lambeth wasting their money, shutting down libraries and allowing rampant development unaffordable to the vast majority of those that consider Lambeth their home can make their voices heard on May 3 with three votes for local Lib Dem candidates.

Rethinking Lambeth - for all

For me, being a Liberal Democrat is about empowering individuals, giving everyone the chance to realise their potential, working collectively to protect the most vulnerable in our communities, and being open and tolerant.

This is the first time I’ve been a candidate, having joined the Liberal Democrats after the 2015 General Election, to become part of a movement to keep alive those core values of liberalism and social democracy in our community.

The most exhilarating thing about campaigning in this election has been working with a group of candidates who share those values so passionately; be it on special education needs, mental health, environmental issues, libraries, women’s rights, affordable housing for all, and so many other issues.

Early on we hit upon the idea of ‘Rethinking Lambeth’ as a theme for our campaign, looking at innovative solutions as a way to bring about change for Lambeth. In difficult times we need bold ideas to make our borough work for everyone. 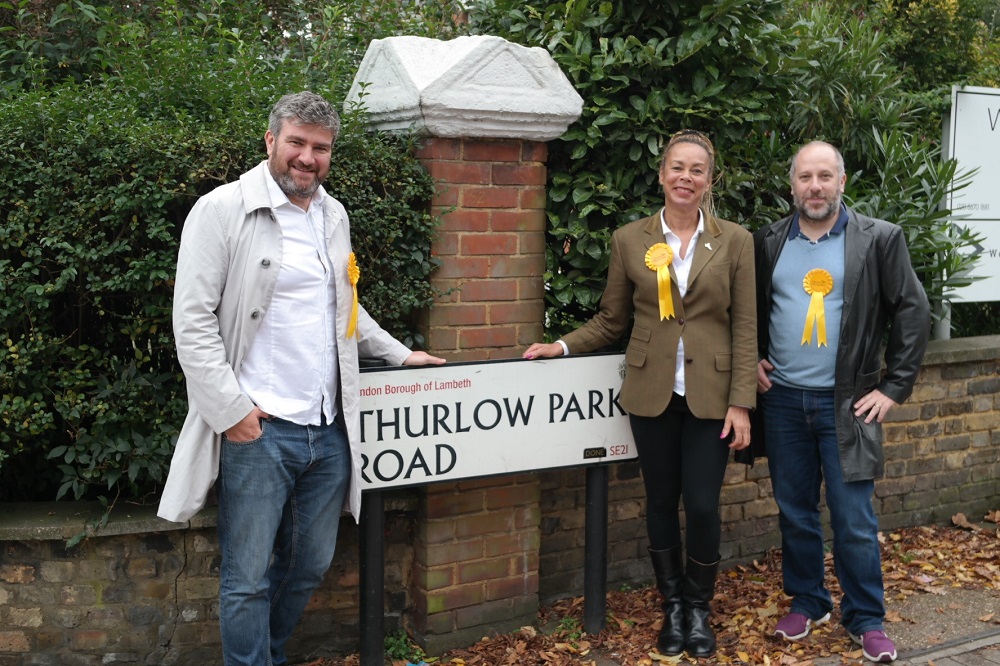 Local people have told us they think air pollution is one of the biggest environmental issues affecting our area.

One of the long-term solutions to cleaning up our air is to have greener vehicles on our roads. This will only happen if there are enough charging points for electric vehicles.

Shockingly Labour-dominated Lambeth Council failed to apply for Government funding for local authorities to install electric car charge points. As a result of Labour’s inaction, there is only a single charging point here in Streatham Wells. 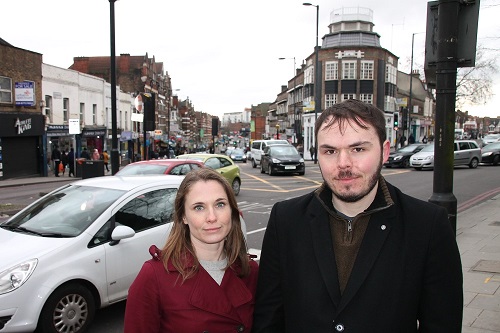 The word “Watergate” recently took on a new meaning when Streatham residents were left for days without any running water. Residents had no flushing toilets, showers or drinking water when pipes burst following freezing temperatures. A minimum of 12,000 households were affected and were asked to visit water distribution points – sometimes as far as half an hour from their homes – to pick up bottled water instead. In the days following, neighbouring areas like Tooting Broadway and Herne Hill also suffered severe, hard to manage pipe bursts.

Thames Water’s handling of the situation left residents disgusted, and has highlighted the need for an urgent investigation into the company’s operating model and ability to deliver a proper service. The company, which paid a hundred million pounds in dividends last year, moved slowly to make repairs and failed to meet a series of self-imposed deadlines. Communication was patchy and sometimes contradictory. The company failed to set up enough water distribution points, or to deliver water to members of the community who were unable to travel.

We’re sorry but, due to high demand, we’ve currently run out of water at our bottled water sites in SW16 and SW12. More supplies are on their way so please check back soon for the latest updates. Apologies for any inconvenience.

Ofwat, the regulator, recently fined Thames Water the maximum penalty for failing to meet leakage commitments. And the company has clearly ignored recommendations made at a public meeting in Lambeth in early 2017, demanding that it improve maintenance programmes and mitigate against the potential for more burst pipes.

While Thames’ woes are a current hot topic in the media, local Liberal Democrats have been pointing out the failures of the current system for many years.