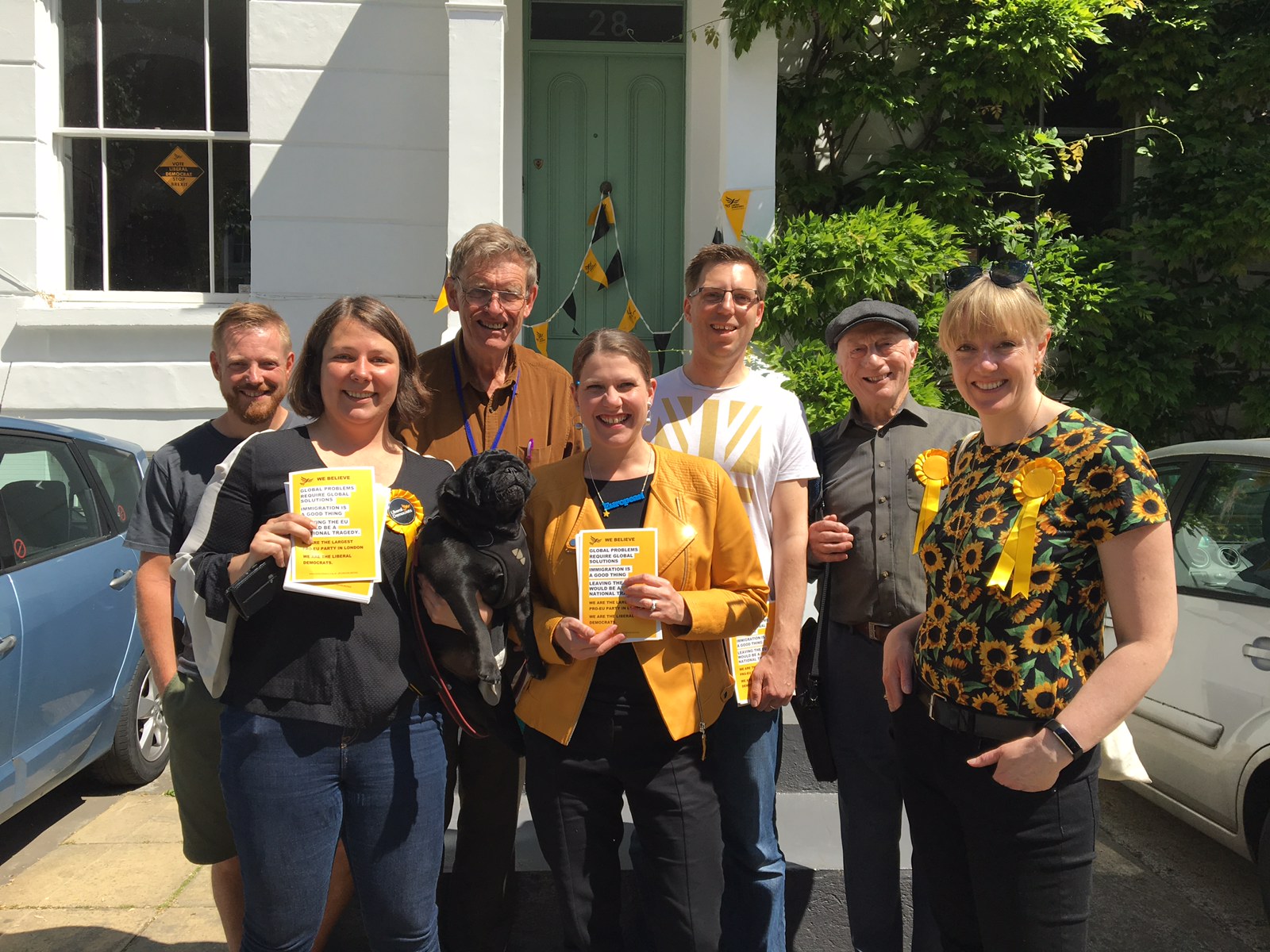 “In 2016, four in five people in Lambeth voted to remain in the European Union. It is clear that they now consider the Lib Dems as the Party which most closely represents this view”, said Helen Thompson, Liberal Democrat Parliamentary Candidate for Streatham.

“It was shocking to see how many EU citizens were disenfranchised in these elections. We are calling for an inquiry into the sequence of events that denied so many their fundamental rights.”

Lambeth is not the only London borough to turn from red to yellow, but part of a broader trend across the capital that has secured three Lib Dem MEPs for the London region.

“There is now a major disconnect between the values represented by the Labour Party and the voters who supported the Party as recently as in the 2017 General Election,” said Sarah Lewis, Liberal Democrat Parliamentary Candidate for Vauxhall.

“Nowhere can this be seen more clearly than here in Vauxhall, currently represented by ‘no deal’ Brexiter Labour MP, Kate Hoey. At the next General Election we will represent a positive alternative: when the time comes, a vote for the Lib Dems will be a vote for an open, forward-looking and fair society – that empowers our local community today, while also investing in our children’s future.”

Lambeth’s European election result follows closely on the footsteps of a close run Lambeth Council by-election in Thornton Ward, where the Lib Dems narrowly missed out on a council seat by a margin of only 19 votes.