Running for Lambeth Council in 2022

Next year will be Lambeth Borough elections and we are now taking expressions of interest to stand as a Liberal Democrat candidate. If you are a member and have not already received an email about this, you can find out how to apply here. You must be a member of the party to apply.

We will also be hosting Caroline Pidgeon AM to give us an update about the GLA elections on March 18th and Alex Davies to then speak to members interested in running. Please email for further details about attending.

London 2021 Elections for the Mayor of London and the London Assembly: three ballots, three electoral systems

The Mayor of London and London Assembly represent all Londoners.

They work with London’s councils, central government and other organisations on different aspects of London life, such as transport, policing, economic development, and fire and emergency planning. Three functional bodies—Transport for London, the Mayor's Office for Policing and Crime, and the London Fire Commissioner—are responsible for delivery of services in these areas.

The Mayor of London sets a vision for the city, and the budget to put that vision into action.

The London Assembly is a watchdog for London and holds the Mayor and his advisers to public account. The Mayor must consult the Assembly before producing his strategies and budget, including City Hall’s share of council tax. The London Assembly also investigates issues that are important to London.

There are 25 Assembly Members in total. 14 represent constituencies, and 11 represent all of London.

The ballot paper for the Mayor of London election is pink. It will list the candidates for mayor, with two columns for marking your first choice and second choice.

In the first column, you mark a cross next to the candidate who is your first choice. For your vote to be counted, you need to cast a first choice vote.

In the second column, you can mark a cross next to the candidate who is your second choice. You don’t have to mark a second choice.

With this system, there is no lost vote. You can vote Lib Dem Luisa Porritt as your first choice and then your 'back up' second choice for maximum impact.

The London Assembly election uses the additional member system which is a form of proportional representation.

The ballot paper for the London-wide Assembly Member is orange. It will list the parties that have candidates.

You can only vote once, by putting a cross [X] in the box next to your choice.

Late last year we submitted proposals to the Local Government Boundary Commission for England's 20 year review of Lambeth Borough's ward boundaries and posted about it here. LGBCE has now issued its draft recommendations for Lambeth (click here for their summary), which may be the most radical shake-up of the boundaries since the 1970s.  This is good news for the borough, as there has been both strong population growth and the current 22 wards are quite big and unwieldy, not serving Lambeth's many communities.

We are especially pleased because the recommendations largely adopt the Lambeth Liberal Democrat proposal for number of wards - 26, new ward boundaries and some new ward names.

We reviewed the guidance and the terms of reference and saw an opportunity to both tweak some existing wards and build new wards around real, smaller communities. Like much of London, Lambeth is a place of many villages, whether they be based around town centres, parks, schools, estates or main roads. Knock on a door in an estate or down a street and tell them their community is their ward and they'll tell you you are wrong, it's their estate, their street, their neighbours. Just look at the WhatsApp Community Support Groups created during the Pandemic.

We also suggested new names for the new wards, like Brixton Windrush, based around Windrush Square, or the two new wards replacing Tulse Hill, Rush Common and St Martins. Or Clapham Park, Clapham Abbeville or Kennington. This is not an exercise in renaming existing places, these are new names for new wards based on actual communities, for once.

So let's take this opportunity to fix the Council's boundaries and make them fit Lambeth for once, not the otherway around like the status quo. 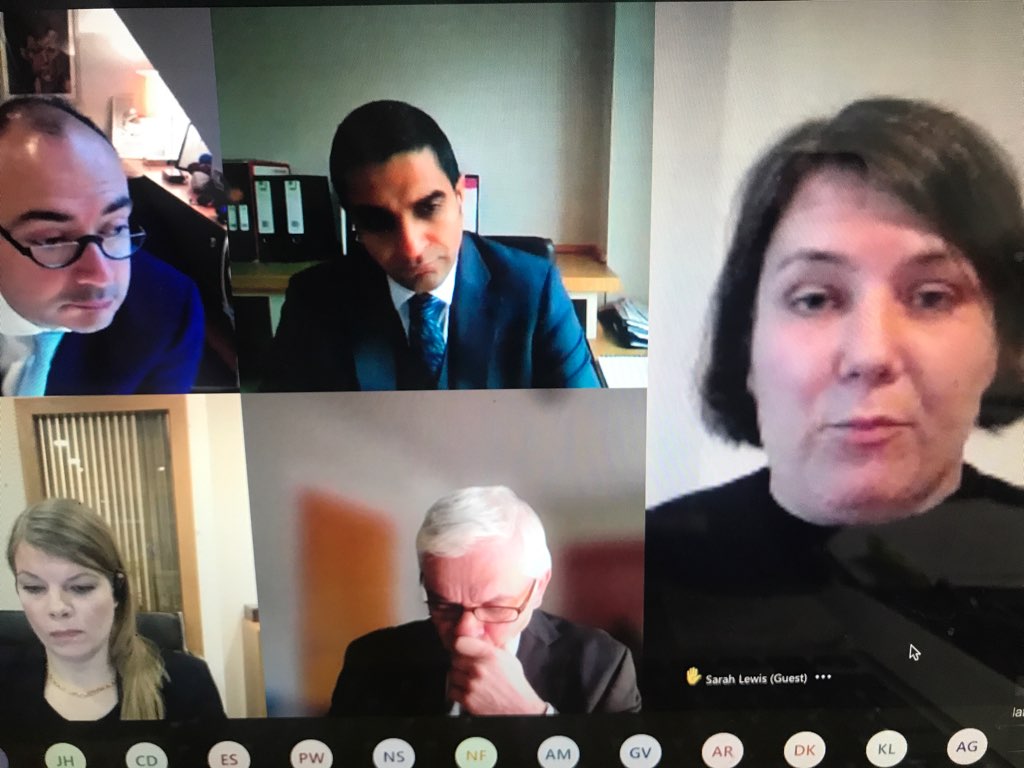 Last week the government confirmed that the London GLA and English council elections due in 2020-2021 would still take place in early May, despite the pandemic and lockdown. We had proposed delaying the elections till later in 2021, in order to make it safer for voting and campaigning, but the Conservative government did not agree. To add insult to injury, the minister in charge has also written to political parties stating that in person campaigning, like leaflet delivery, is a breach of the Coronavirus restrictions whilst still allowing paid for leaflet delivery. Our mayoral candidate, Luisa Porritt will be leading our campaign across London.

We have a great team of GLA candidates, starting with Caroline Pidgeon, MLA. Caroline has long been involved with Lambeth, being based just over the border in Southwark. She's often campaigned with the Lambeth team and has been very supportive of local issues, with a particular focus on transport and the Fire Safety/Cladding Scandals. We also have Brixton local Florence Cyrot standing for Lambeth and Southwark Constituency. Then Adrian Hyyrylainen-Trett, Charley Hasted and Rob Blackie, three long term Lambeth residents are running for the London-wide List.

Local elections are usually an exciting time, where teams of candidates and activists get out and speak to residents on a vast scale. This activity is mostly volunteer run, with little money being available or being spent even at the best of times, but now in early 2021 during the Pandemic we will all be required to rely heavily on social media and telephone canvassing. We will all need to campaign differently. Voters will need to work harder too, even if just to register for postal voting. We are really concerned that many will simply not be able to vote as the process will require a lot more effort than usual. Please enroll for a postal vote if you have not already!